I’m so proud to announce the publication of A Girls’ Guide to the Islands, a nonfiction acccount of traveling around the Inland Sea of Japan with my daughter, who is deaf and uses a wheelchair. This book is the latest addition to the Gemma Open Door series for literacy learners.

“Heart-lifting and inspiring, A Girls’ Guide to the Islands explores the restorative and often unexpected way that travel breeds connection.” — Nicole Trilivas, author of Girls Who Travel

I have some exciting news! My mother-daughter travel memoir Squeaky Wheels, a celebration of accessibility, art, girl power, and Paris (among other things) has been named a finalist for the Half the World Global Literati Award. I’m thrilled to find my book in the company of so many great projects from all over the world! While the judges deliberate, popular voting will decide the People’s Choice Award. So click here and please vote!

It takes some planning to visit the Isamu Noguchi Garden Museum Japan. For one thing, the museum is located in a village Mure near Takamatsu, on the island of Shikoku – not exactly a well-trodden spot. For another, the museum is only open three days a week — Tuesday, Thursday, and Saturday — and tours are held three times a day by appointment only. In order to make an appointment, potential visitors must write their preferred dates and times on a postcard and mail it – no email allowed, at least for those living in Japan. And finally, the admission fee for adults is 2,160 yen, which is a bit pricey, as museums go.

These barriers are intentional – a winnowing process to limit the number of people who trample through the spaces. They pretty much worked against me, though I’d wanted to visit the museum from the time I first heard about it years ago. I had developed an interest in his art, which includes sculptures in bronze and stone, paper lanterns, furniture, gardens and even a playground. As an American living in Japan, I was also interested in his life story. He was born in California to an American mother and Japanese father and spent part of his childhood in Japan. He would later travel all over the world creating installations, designing sculptures and monuments, and gathering stones. Late in life, he discovered Mure and lived and sculpted there.

I finally made arrangements to visit with my friend Wendy, who had coincidentally grown up in the small town of Rolling Prairie, Indiana (pop. 500) where the young Isamu had attended an experimental school. We were joined by Wendy’s friend Cathy, who sometimes does translation work for the museum. As we approached the museum, a light rain misted down. Somehow the gray sky and the wet stones made the scene all the more poignantly beautiful.

First, we entered the Stone Circle sculpture space where many stone sculptures – some finished at the time of Noguchi’s death and signed with his initials, some not. Although the sculptures have been named, they are not labeled. We asked the guide about some of the sculptures’ names. She told us that one tall sculpture of sleek stacked blocks was made partly of imported stones. Although the area has a history as a quarry and Noguchi sometimes used stones from Shodoshima, he also sourced his materials in Italy and other far off places. Imagine the shipping costs!

We also peeked into his workspace, which has been preserved as it was when he used it, the tools meticulously lined up. Following our meditative stroll among the arranged rocks, we climbed stone slab steps to a sculpted garden featuring hillocks green with grass, a moon-viewing platform, and a stone sculpture encasing some of Noguchi’s ashes. Finally, we had a look at the house where he lived in the last years of his life with its tatami floors and stone tables.

The day after my family forgot my fiftieth birthday, I decided to travel to the island of Teshima and record my heartbeat. If my husband and children weren’t going to do something special for my milestone, then I would find a way to mark it myself. I took a bus from our home in Tokushima to Takamatsu and walked to the ferry terminal where I bought a roundtrip ticket to Teshima. The early autumn weather was perfect: not too hot, not too cold. Fleecy white clouds floated across the azure sky. – See more at: http://coldnoon.com/heartbeats-on-teshima/#sthash.gnwx2buY.dpuf 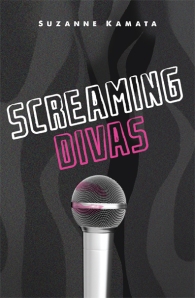 I can still clearly remember the phone call that I thought would change my life. I was in the bedroom, standing next to my infant twins’ crib, listening to one of the top children’s and young adult agents in the business telling me that she was passionate about my novel about an all girl punk rock band in 1980s Columbia, South Carolina, and that she would be persistent in finding a publisher. This is the big time, I thought. I’m about to publish my first novel!

I’d originally written it as an adult novel, but I was happy to revise it for the young adult market, and I foresaw devoting myself to angsty teen fiction. But the big-time agent couldn’t sell my novel. Well, if she can’t sell it, then nobody can, I thought.

I stuck the novel in a drawer. I wrote and published another novel, this one for adults. I compiled and edited two anthologies. I published a picture book, and a different young adult novel. But every now and again, I’d open the drawer, pull out that other novel, and revise it yet again.

Nobody would buy it since it was set in the 1980s, I thought. And the only books agents seemed to want at the time were paranormal and dystopian novels. Still, I couldn’t quite leave Screaming Divas alone. I decided to chop it up and sell it for parts. I placed a chapter in an anthology called Woman’s Work: Stories edited by Michelle Sewell. I placed another chapter in the literary journal Hunger Mountain.

A writer friend who’d read and loved Screaming Divas when I’d first written it, encouraged me to give the novel another try. After all, the editors who’d rejected it the first time around were no longer employed. And there seemed to be a resurging interest in the 1980s and in the riot grrl movement. The Perks of Being a Wallflower was on the New York Times bestseller list. Rainbow Rowell’s 1980s novel became hugely popular as well. And recently I came across no fewer than three young adult ballet novels set in that same time period. It looks as if the 80s are back.

Okay, I’ll give it one more try, I thought. A couple of new presses, headed by two of my favorite famous writers, had cropped up. I submitted to both on the same day. Little did I know, one writer/editor, Jacquelyn Mitchard, of Merit Press, had just started teaching at Vermont College of Fine Arts, the publisher of Hunger Mountain. Noting that part of my novel had been previously published in the journal, she immediately invited me to send more pages. (She was online when I hit “send,” so by immediately, I mean within an hour.) Within weeks, Jackie offered to publish my novel. The famous writer/editor of the other press sent me a list of revisions with an eye to the adult market and invited me to resubmit. By this time, however, I was pretty sure that I wanted to publish Screaming Divas as a young adult novel, and I was thrilled at the prospect of working with Jacquelyn Mitchard.

My infant twins are teens now, so it’s taken awhile, but the book will be published in May, 2014, by Merit Press.

Two things that I love – travel in Europe, and YA novels. Here are ten books that include both:

A high-achieving teen, who winds up pregnant, is sent by her mother to Seville to secretly have her baby and give it up for adoption, but she starts to have other ideas.

2. Time Between Us by Tamara Ireland Stone

Thanks to her time-traveler boyfriend Bennet, Anna gets to go to Italy, Thailand and other fun places without even trying.

3. The White  Bicycle by Beverley Brenna

Taylor Jane Simon, a teen with Asperger’s Syndrome goes to the South of France with her Mom.

5. Instructions for a Broken Heart by Kim Culbertson

6. Just One Day by Gayle Forman

Sort of like that movie Before Sunset, but in Paris, with an American high school student and a Dutch guy.

7. Anna and the French Kiss by Stephanie Perkins

A fun romance set in an international school in Paris. But you probably already know about this one…

8. Flirting in Italian by Lauren Henderson

From the Students Across the Seven Seas series, feauturing teens on foreign study. American Abby goes to London!

10. Gadget Girl: The Art of Being Invisible by Suzanne Kamata

Paris! Art! Manga! My YA debut!

I’m so pleased to announce that my new book  Gadget Girl: The Art of Being Invisible has been named the Grand Prize winner in the Paris Book Festival competition! Details here.

Last weekend my daughter and I ventured to the nearby Otsuka Museum of Art in Naruto. My husband read somewhere that this museum, which houses ceramic reproductions of many of the world’s famous paintings, was voted “the most satisfying art museum in Japan” by Japanese visitors.

A ceramic reproduction of “La Japonaise” by Claude Monet – one of my favorite paintings and the cover of my most recent book!

I’d been there once before, when it first opened. Everything smelled new, like chemicals, so it was difficult to suspend disbelief and pretend that I was looking at the real thing. I thought the whole place was kind of cheesy, to be frank. Plus, the entrance fee (3,000 yen for adults, or about US$45 at today’s exchange rates) was prohibitively  expensive. However, I thought it might be a good way for my daughter to get some exposure to great art, and I thought she was finally old enough to enjoy such as outing.

Since its opening, many fun new features have been added, such as the robot tour guide.

The Sistine Hall with robot.

The museum covers four floors, and we arrived quite late, so we didn’t make it through all of the exhibits. I thought it was best not to hurry my daughter past the things that interested her. We spent about an hour just on antiquities!

A dragon from antiquity.

We did manage to view the ceramic reproduction of Monet’s Water Lilies. Hopefully, on our next art outing she’ll have a chance to see the real thing!